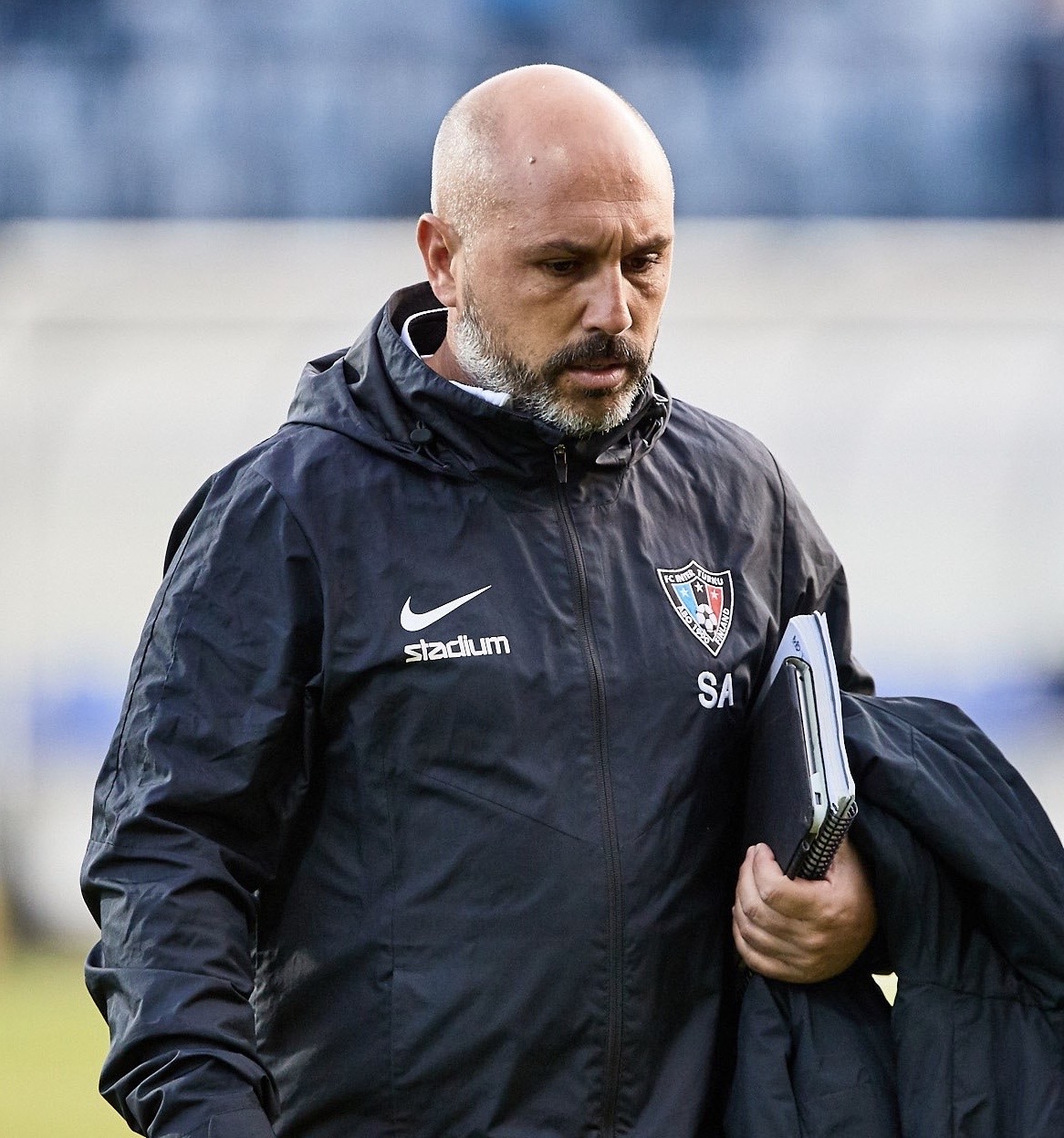 Sergio Almenara is a Spanish football coach and analyst with extensive experience in Finnish football. Currently, he works as an assistant coach at FC Inter Turku, who finished in second place in the Veikkausliiga last season.

In a previous article for Nacsport, Sergio talked us through his methodology for opposition analysis in football. In this, the second part of his article, he tells us what he believes to be the most important Key Performance Indicators (KPIs) when scouting out an opponent.

The KPIs that we are about to look at are those that our coaching staff use to analyse an upcoming opponent. This is done in a way which is complementary to the qualitative video analysis that we carry out.

We analyse decision making patterns, movement and formations of the opponent, as well as the dynamics of the team at collective, positional, linking and individual levels, although we may add more if we deem it necessary.

KPIs Vary According to Opponent

As opponents play styles and formations differ, so do our KPIs. It is their tactics that guide us, allowing us to focus on one sector or another.

But the main objective is alway the same: to discover where and how an opponent can give us problems and how much damage they can do.

Thus, during the week’s planning and training, we can work to neutralise this damage from a double perspective: the qualitative analysis and the analysis of data we collect on the opponent.

As in the qualitative phase, we pay special attention to the KPIs which will allow us to make the most of our game plan crossed with that of our opponent. To this end, we try to focus on KPIs on matches where the opponent has faced teams with similar formations or game plans to ours.

Importantly, we do not work with a company that goes deep into the data on KPIs, therefore, there are some KPIs we have to pay special attention to, beyond mapping or the data itself. We review all the clips linked to the data and analyse them in more detail to see how useful it is going to be for us.

These are some of the KPIs in some of the most common scenarios that come up during our defensive phase. In brackets (...), is how we represent this data.

•    Areas of maximum influx of players or goal kicks (map)

Goal kicks are set piece situations that we work on defending before the match, either in training or analytically. We tend to keep these separate from other set pieces such as corners or freekicks as, for us, goal kicks are more ordered and predictable than the others.

From our point of view, these situations help us control the match by forcing the opponent to play the ball in a different way from what they are used to, disrupting their chances of progressing up the field.

Example: If the analysis of the KPIs show us that when the opposing team plays the ball short, in terms of percentage of passes, losses in those areas and frequency of attacks, they have less control when the centre-back receives the goal kick.

This means that we would adjust the positioning of our players so that the centre-back is given more room and, at the same time, the areas with better statistical probabilities will be filled. This invites the goalkeeper to play it towards the centre-back, who we know is a weak point.

From there, various individual and collective pressuring triggers will be activated.

If the opposition likes to play the ball long, and we can see from our analysis that they are statistically strong in this area, we will man mark their forwards and midfielders, inviting them to play short. We can then apply high pressure and force errors.

Ball in Play: Initiation and Progression

•    Percentage of errors during build up by centre-backs, focusing on forward passes (map-video)

•    Build up typology of passes and their result (map-video)

For us, it is important to know where they usually push and which players they use most frequently.

If there is an area with a high percentage of success, we try to cover that area by putting pressure on the lines in order to prevent the opponent from completing passing patterns which they feel most comfortable with and are most dangerous from.

In addition, we guide the pressure towards the areas or players where they have less efficiency in passing or progression.

•    xG (expected goals, statistic that indicates the probability that an attack ends in a goal depending on the play)

•    Percentage of crosses with shot (map)

•    xA (expected assists, which measure the probability that a pass ends up becoming an assist)

Defending in the low block requires a lot of concentration, due to the proximity to our own goal. Any detail, no matter how small, can help in preventing a scoring opportunity for the opponent. Therefore, we always want our players to know what type of attack our opponents frequently employ and which generate the most danger.

In this section we will look at the KPIs we must take into account when organising our attack and how the opponent may organise their defensive block.

From a Goal Kick

•    Players / zones with the lowest rate of steals, tackles and interceptions

We need to know where to direct our attack according to the opponent’s weaknesses. Of course, without the qualitative aspects contained in our databases which complement our work, this would be very difficult to ascertain.

Ball in Play: Initiation and Progression

•    Spatial structure to detect anomalies in terms of distances between lines, players out of position, height and space for easier attack

•    Zones / players relating to the percentage of defensive battles won

•    Players / zones with the lowest rate of steals, tackles and interceptions

•    Zones <-> players where their rivals progress.

In this section, we are interested in finding out where to create progression in our attack, which players are most vulnerable when running at them and the reason for this weakness.

•    Percentage of crosses where the other team shoots (map)

•    Most frequent areas of crosses by other team (map-video)

•    Recoveries in their area and nearby areas (map)

All information about our opponent’s area is good for the players who spend most time there. The important thing is to filter this data and detect where we can take advantage of it.

The goalkeeping coach performs a detailed analysis of the strengths and weaknesses of the opposition goalkeeper, amongst which they highlight:

KPIs for Analysing an Opponent's Transitions

In this section, we focus on loss and recovery, by zone and by player.

Here, the most important aspect is what happens after the loss. We could add more KPIs, but we believe that by analysing zones and players crossed with the video, we obtain a lot of information within the intrinsic chaos of the moment of transition.

There are many aspects of defensive and offensive organisation that lead to the later moments in transitions, therefore, some of them will help us to detect patterns when our opponent loses or wins the ball.

•    Objectives (players) and their percentages during these actions

•    Most effective players in aerial battles

We always seek to ensure that all the information taken from live analysis, retrospective analysis and data sources is combined in such a way to give the footballer the highest quality information in the most succinct manner.

We firmly believe that the combination of qualitative and quantitative analysis of the opponent can lead the team to victory.

And that's all from Sergio. We'd like to thank him for taking the time out to write such an informative report for our blog. We'd be happy to answer any questions you might have about the content of this article. Contact us through any of our social media channels.

Whilst you're here, if you are interested in using Nacsport for opposition analysis in football, and haven't already done so, why not download a FREE 30-day, no-obligation trial.

8 Ways to Search for and Filter Your Clips in Nacsport

How to Analyse a Football Match

Nacsport Basic Plus vs Scout