Setting Up a Rugby League Analysis Lab at Castleford Tigers 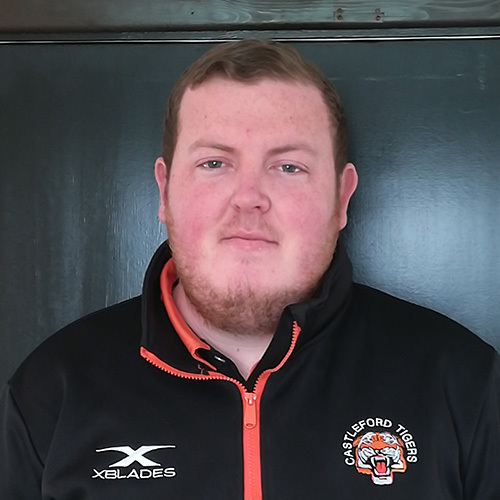 Ste Mills is Head of Analysis at Castleford Tigers, an English Rugby League side. He has a wealth of analytical experience having previously worked with the Welsh Rugby League, Leigh Centurions, Huddersfield Giants and Bradford Bulls.

Ste is also the owner of Inside Sports Analysis, a social media channel, active on Twitter, Facebook and YouTube, where he shares analysis tutorial videos alongside hints and tips and interviews with other analysts such as Darren Lewis.

Ste’s work has long caught our eye here at Nacsport HQ, especially the pictures he has shared of the Analysis Lab at Castleford Tigers, an amazing multiple dual screen set up which, once seen, is hard to forget. Ste has graciously agreed to share the story of how that lab was set up and his Nacsport journey over the last few years.

Over to you, Ste…

A Man with an Analysis Plan

When I joined Castleford Tigers back in February 2018, I had a plan for the analysis department and how I wanted it to look and a projected timescale of 2 to 3 years to do it. Coming up to the end of 2020, and despite the shadow of COVID-19, we’ve completely re-evaluated the analysis workflows at Castleford, we have a brand spanking new analysis lab and we’re making a positive impact on the players and coaches. So...here’s the story of that journey...

I joined the club just as the team had played their first game of the season. To get a feel of how things were run at the club, I attended a few meetings where the coaches gave video presentations to the players. This allowed me to see the preferred presentation structure of Head Coach, Daryl Powell and allowed me to formulate my first plan of action.

At the time, the club was using Opta Super Scout for their presentations. The first problem with this was that the video window provided by Opta was extremely small, taking up no more than a quarter of the screen. From there. the coaches would flick between Opta and PowerPoint to illustrate or highlight certain points. This was by no means an ideal system and my First Plan of Action was to start using Nacsport to revolutionise the team presentation format straight off the bat.

From this point, we had to get the coaches to start using Nacsport. They had never used anything like this in their lives, so getting them up to speed on how to use it was the biggest challenge we faced. However, the fact that Nacsport is so intuitive helped and they picked it up surprisingly quickly, even in the midst of a busy game schedule.

The flow of our meetings changed completely. Everything was now controlled by one program and the coaches were able to show video clips of games and training sessions, add PowerPoint slides and illustrate videos with graphics. All of this was done through Nacsport, so there would be no more flicking between different programs.

The instant feedback from players was great and they were now saying they felt more engaged in the presentations and found it easier to concentrate without the constant transitions between different pieces of software.

Turning Our Attention to the Analysis Room

My next point of call was the players’ analysis room. When I joined, they had 6 desktop computers, all running Opta Super Scout. The data players viewed came from Opta XML files. They would go through the standard stuff in Rugby League, such as Carries and Tackles, and create little video playlists that they wanted to go over with coaches.

What I wanted was for these computers to be installed with Nacsport. This would mean that we could transfer all our data directly to the players, improving the flow of information between coach and player. It also meant that we could personalise the information that each player was seeing and allow us to focus on other areas of their game instead of just Carries and Tackles.

During the 2019 season, this idea came to fruition. We managed to get 7 new machines, each with an anual Nacsport Viewer license installed.

This was a major turning point in my plans and we could now start pushing the boundaries of our analysis work and really dig into the game of each player and take them to a higher level.

Again, the most difficult aspect of this was to change the players’ mindsets and get them to think a little differently. This software was a completely new concept to them and they had never used anything like this before. This could be a challenge...

But surprisingly, the players reacted really well to the plan and they were keen to learn and improve in this area.

With the players on board, we created a system for 2019 which consisted of a Nacsport Dashboard tailored to each different player position. The information contained within was tailored specifically to that position. The players appreciated this change and allowed them to focus on the areas the coaches wanted to improve.

Using Nacsport in this way allowed players to view the data we had analysed during matches and training sessions. They were then able to build their own presentation lists with points that interested them which could then be easily transferred to a coach’s computer for individual review.

Simply put, this process makes the week more productive. Everyone is on the same page. Additionally, players could watch clips of the opposition that I had prepared for them which leads to a squad of players who know what has happened in previous matches and training sessions and who are prepared to face upcoming matches.

The Next Big Step - Dual Screens

The next major milestone in our analysis journey came at the start of the 2020 season when we upgraded our analysis room to dual screen computers. This was a complete game changer!

What this basically means is that a player now has two monitors to review analysis, set up one on top of the other (check out the pics). One screen is dedicated to the Nacsport Dashboard which is fully interactive. When the players click on a graph or statistic on the Dashboard, the associated video opens in the second monitor.

The players absolutely love this design as the workflow makes more sense and it’s easier for them to use.

Our review process is now set in stone and we feel that the flow of information between the analysis department, coaching staff and players is much improved and easier.

As well as receiving opposition analysis in the analysis room, players also have access to Sharimg, a platform which allows us to store and share our work on the web. We then hold unit meetings which lead into the big team meetings.

We provide all the information they need, put the players are still expected to work hard and put time into setting their own goals and targets for the coming game. They are also expected to study what we give them and come to unit and team meetings with a detailed knowledge of the opposition and individual players.

So, once a game is complete, I make the post-match analysis available to the players through Sharimg and in the analysis room where they can go through this data on their personalised Dashboards and form their own presentations which they can then go through with the relevant coach. This has had the added bonus of creating some great dialogue between coach and player and that’s the key, isn’t it? Using this technology to improve communication.

The Toll of COVID-19 on Rugby League

COVID-19 has obviously taken its toll throughout this year and put a bit of a spanner in the works of this process, but we can’t wait to get back into this process as soon as we possibly can.

Like I previously mentioned, this plan of mine has been brewing since 2018. We are on our way but there is still a bit of work to do. In the meantime, I’d like to thank AnalysisPro and Nacsport for their help and support throughout this journey during the last couple of years. They have been brilliant and I definitely couldn’t have done it without them.

And, likewise, we’d like to say a huge thank you to Ste for taking the time out of his busy schedule to share details of his work with us. Check out his Inside Sports Analysis channel out over on Twitter, Facebook and YouTube for more examples of his work with Nacsport.

If you, the reader, are interested in setting up an analysis infrastructure at your club, click here to download our FREE eBook The Definitive Guide to Creating a Video Analysis Department at Your Club. You can also contact us on info@nacsport.com for a chat about the process.

A Guide to Nacsport Descriptor Calculator