In this interview, Greg talks of his journey from player to coach to analyst and goes into detail about how Liverpool prepare for upcoming opponents, the key areas and trends that Greg looks for in a game and how they present their conclusions. He also details how the analysis team use Nacsport software, alongside telestration tool, KlipDraw, to provide Jürgen Klopp, the coaching staff and players with pertinent information on the opposition they are about to face.

We’ve split this article into two parts for easy digestion. Part 1 can be read here, while Part 2 is available on AnalysisPro’s website. We hope you enjoy this little glimpse into the inner workings of one of the greatest football clubs in the world.

Working in the Premier League: A Tale of Two Opposition Analysts

As we detailed in a previous article, there isn’t a set route into performance analysis. Some fall into it naturally and some study hard to get into the position. And the same is true for the two opposition analysts at Liverpool. Here we have a bit of insight into the routes that the two Opposition Analysts at Liverpool took before landing at Anfield. 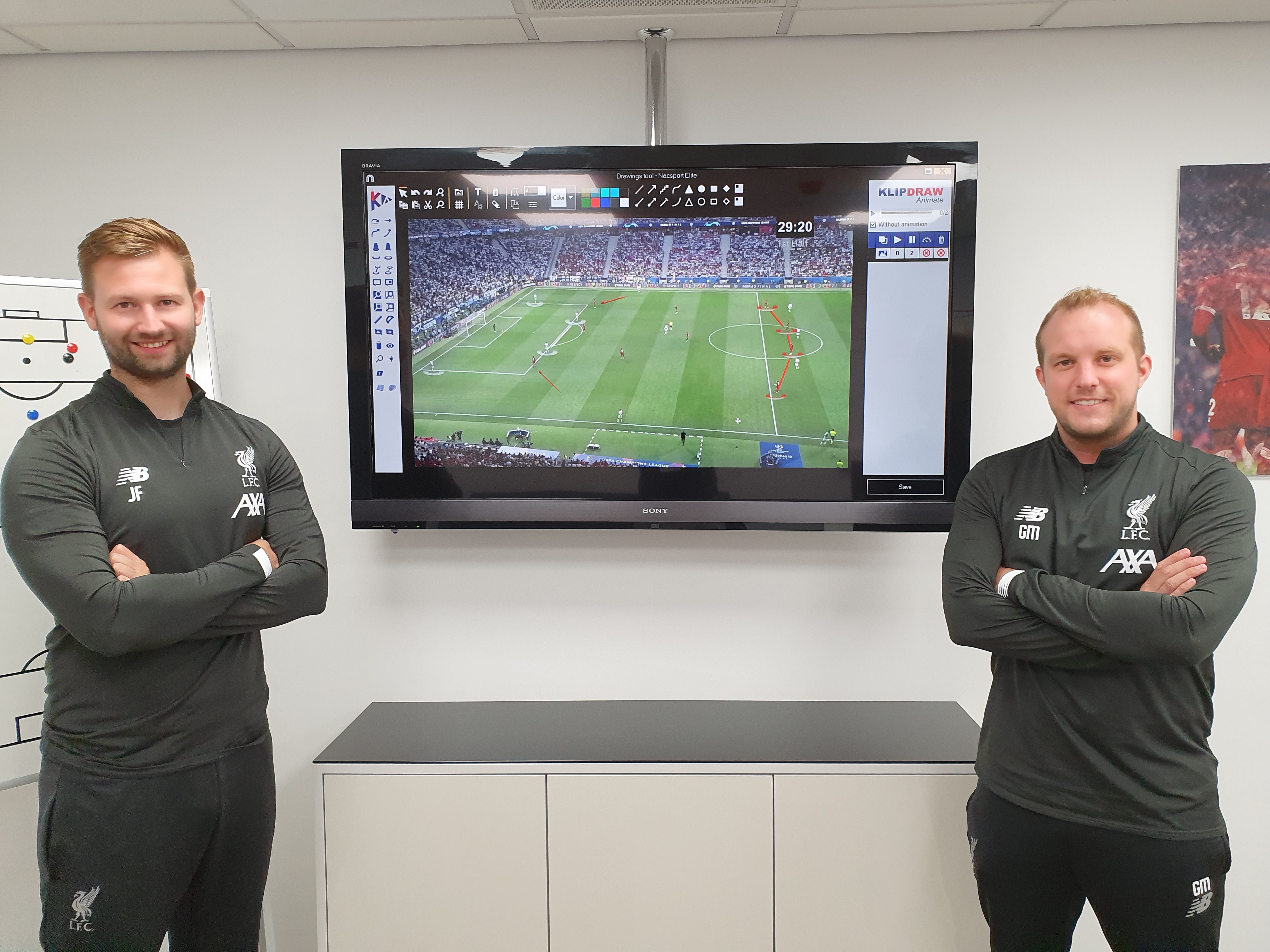 First off, we have Greg Mathieson, with whom we are talking today. Greg’s journey has been a long and winding road which took him from his home in East Ayrshire (a certain Liverpool legend by the name of Bill Shankly hails from the same region), through the ranks of non-league football as a player, to youth and community coaching at Scottish Premier side, Dundee United.  A brief spell at Hibernian followed, where he would be introduced to the new concept of performance analysis, before moving down south to England and Blackburn Rovers to take up a position as opposition analyst.

Working under Sam Allardyce, this was Greg’s first analysis role in the English Premier League. He would go on to work with a succession of coaches, all with a wealth of knowledge and experience at the top level. One such coach was Paul Clement who came to Blackburn from Chelsea. Paul introduced new concepts such as filming training from "wide angle" which, Greg admits, opened doors to new technology and processes.

From Blackburn, Greg followed Allardyce to West Ham as a recruitment analyst. This gave Greg the opportunity to add more notches to his bow, broadening his skill set and experience whilst working on a player scouting and recruitment basis.

"During my time at both Blackburn and West Ham, I gained some invaluable operational experience from the way different clubs work”, says Greg. “I had the benefit of learning from top level coaches and managers at both clubs, beside working and learning from other support staff”

In January 2015, Greg took up the position of Opposition Scout at Liverpool, under the stewardship of Brendan Rodgers’ assistant, Chris Davies. The introduction of new management led to new opportunity, and Greg stepped up to the role of Head of Opposition Analysis when current manager Jurgen Klopp joined the club in October the same year

On the other hand, we have Greg’s colleague in the Opposition Analysis department, James French, who took a different route to his position.

In his academic years, James studied at the University of Edinburgh, where he graduated in 2010 with a degree in Applied Sports Science. This led to an internship at Swansea City FC working with soon-to-be Liverpool assistant Chris Davies and soon-to-be Liverpool boss Brendan Rodgers.

James continued working towards a Masters degree in Performance and Coaching analysis at the University of South Wales and at the same time, secured a performance analysis role at the Football Association of Wales.

After 11 months, James graduated, left Wales and followed Davies and Rodgers to Anfield, where he is now an integral part of the team under Klopp.

So there you have it, two analysts at the same club, working in the same department but following very different routes to the job. One trait they both share is hard work and dedication to the job.

So, what services does the Opposition Analysis Department at Liverpool do? Let’s hand over to Greg and get it straight from the horse’s mouth…

The Main Aim of Opposition Analysis at Liverpool FC

Our role is to provide the information that assists the manager and coaches in their preparation, with the opponent in mind. Using video reporting as a visual aid, we can present the key detail that a) helps the coaches understand the opponent, and b) allows the coaches to integrate such details when planning sessions and match preparation.

We also carry out ground research on opposition players and study previous gameplans and formations. Identifying trends and how they play against specific opposition, gives us the best opportunity to estimate how they could set up against LFC.

When studying the opponent, I will give greater attention to their matches involving teams with a similar playing model to ours (or as close to ours as possible). It’s proving more difficult to predict however, especially in the last two seasons, as it has become more common for opposition to implement unique or LFC specific gameplans! On the flip-side, we obviously have examples of teams who have a more clear and consistent way, with Sheffield Utd or Burnley falling into that bracket.

In terms of analysis, it’s extremely important that I observe and feed back information with the LFC game model in mind. Areas of the opponent’s playing or defending style that relate to specific LFC principles – that’s where the most relevant detail lies.

When presenting my finding , I need to be able to project our own game into match situations and estimate how the picture will look in the different moments of the game. 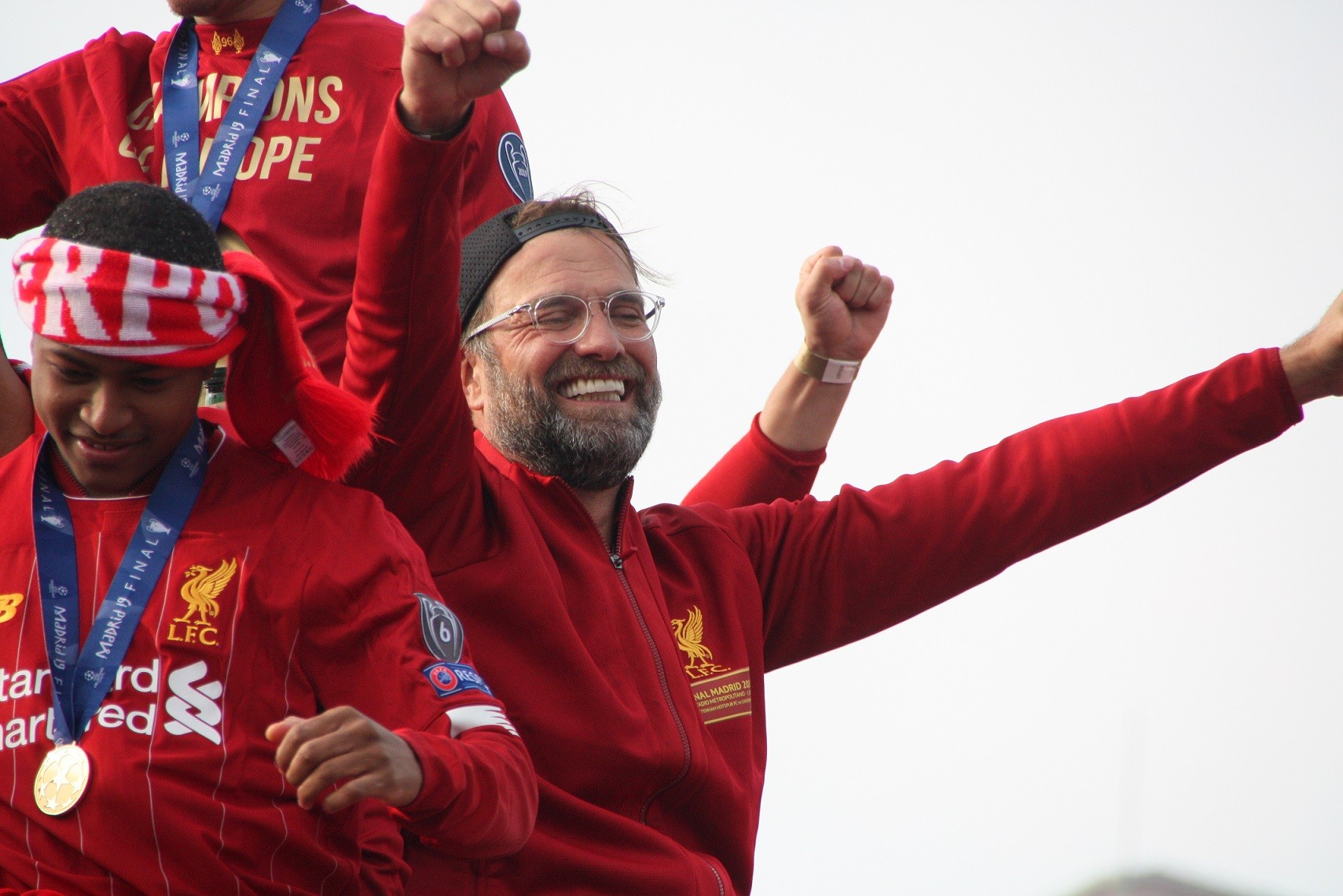 The First Meeting with the Manager and Coaches

James and I create a thorough analysis and explanation of our findings, which is organised within our Nacsport presentation windows, with notes and KlipDraw animations added to our clips.

Each video report is presented, along with our paper-based documentation, in a meeting with the manager and the coaching staff. In a normal week, Saturday to Saturday, the first presentation will typically be given 3 days before the game. When we have midweek matches in our schedule, we usually meet 2 days before.

The meeting lasts between 30 and 40 minutes and it’s structure includes a) ground research and any relevant statistical information, b) team play analysis, and c) set play analysis. .

James will then introduce and present an analysis of our opponents set-pieces, detailing the collective and individual characteristics of corners and free-kicks, for and against.

On match day minus 1, the manager and coaching staff will use our Nacsport and KlipDraw clips to feedback directly to the players, immediately followed by training. These meetings give the players a platform or a basis for understanding the opponent, but more importantly, they are used to re-enforce our principles and what’s important in terms of performance

Sub-Projects: Working with Units and Individuals

We have players who come to us requesting footage of opponents they might be directly up against. We might sit down and go through five or six clips, but the important thing for us is to not get away from the responsibilities of the player.

The videos are simply a platform to emphasise key points and raise the awareness of our players so they know what to anticipate whilst still sticking to their key responsibilities.

Typically, we export our Nacsport presentations as video files when sharing to the coaches and manager but when working with players, we usually narrow it down to 5 or 6 clips in a presentation which we’ll play back directly from Nacsport. James follows a similar process when he’s working with goalkeeping coaches and goalkeepers.

How to Analyse an Opponent

That’s the end of Part 1. In the next installment, Greg provides further insights into how he analyses Liverpool’s opponents. He’ll talk us through analysing the key moments of the game, how he builds reports for managers and coaches and how Nacsport and KlipDraw have improved the performance analysis processes at Liverpool FC.