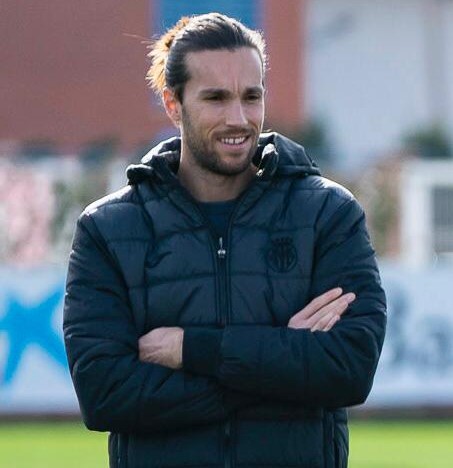 After kicking off the league last weekend with a win, both teams enter this match with high expectations. The biggest question is whether, after huge investment in the summer transfer market, Chelsea can compete on an equal footing with the current league champions.

Both teams begin the match with a 4-3-3 formation, a slight change for Chelsea who played a 4-2-3-1 in their previous game.

From the first minute, Chelsea try to play a short, controlled game, taking the risk of playing the ball out of defence. Liverpool, meanwhile, play their characteristic high-pressure game.

Chelsea always start a build up in the same way with the two centre-backs inside the area and the wingbacks staying low, forcing the opposition right-back and midfielders to push up. The defensive midfielder stays low, just in front of the defence and the two attacking midfielders appear on the inside when there is room to progress. Finally, the three forwards remain high, matching the defensive line, prepared to run deep the second there is a breakthrough at the back.

A lot of the time, Chelsea find it hard to make progress up the field, losing the ball in their own half due to good pressuring by Liverpool or, after being forced to play the long high ball, not winning the aerial battles. Liverpool, for their part, are comfortable leaving a 3-vs-3 at the back and are able to outperform their opponent thanks to their physical might in the air.

This image shows Chelsea’s formation during a goal kick and Liverpool pushing forward to match them numerically. Alexander-Arnold waits to push up to the left-back and, just in front of the defensive line, Henderson floats, ready to put pressure on the defence if they play it short or to pedal back to shore up the defence should Chelsea play the long ball.

Although clear scoring opportunities are hard to come by, on the ball, Liverpool drive forward through the middle with fluency, causing Chelsea problems and finding gaps on the inside. At this point, the key player is Henderson, who stands behind the forwards and receives the ball unmarked, allowing him to spin and play a deep long ball with ease.

Chelsea leave a lot of distance between their lines, making it easier for Liverpool to combine with each other, both inside and out.

Chelsea, in the meantime, don’t mount any high pressure, preferring to sit back in the middle of the field, leaving distance between their lines (as shown in the image above). They try to correct their lack of marking on Henderson by pushing Jorginho forward, which ends up hurting them even more, with the centre of the field opening up for Liverpool, allowing midfielders like Firmino, who has been freed up between the lines, to take advantage of the extra space. Once they find space inside, Liverpool quickly move up the flank, allowing them to attack the baseline and probe the Chelsea goal area with a lot of back up.

This image shows us what happens when Jorginho pushes forward towards Henderson. Liverpool finds space inside to filter the ball forward through the centre of the field. We can see how Chelsea prioritise closing the gaps on the inside leaving a free run up the left wing.

The end result of this is that there is no clear dominant force during the first half and the match is fairly open. Chelsea create danger when they have the ball in their opponent’s half or after taking control of the game and quickly counterattacking. They take advantage of the gaps in Liverpool’s defence, just as Leeds did in the first match of the season, but with limited success.

Liverpool, for their part, only reach the box when their high-pressure tactics allow them to steal the ball in their opponent’s half, which doesn’t always give them concrete chances on the attack.

We can see Chelsea here, quickly transitioning from defence to attack, creating 3-vs-3 situation. Werner has gotten away from Alexander-Arnold, leaving him in a scoring position. He doesn’t get the pass quickly enough as Liverpool regroup and end the attack.

In the dying minutes of the first half, Henderson gets the ball and slots through to Mané, who is making an unmarked diagonal run into space and is subsequently brought down by Christensen. The referee produces a yellow card which, after consulting with VAR and deciding Christensen was the last man between Mané and goal, is upgraded to red. As Christensen walks, this incident will mark a turning point in the game and will be key to understanding the events of the second half.

After the break, Chelsea reorganise following Christensen’s expulsion with a 4-3-2 formation, maintaining the defensive and midfield lines and leaving Werner and Mount up front. Liverpool come out strongly, clearly wanting to take advantage of the extra man as soon as possible. Straight from the off, they start causing problems for Chelsea out on the wings. By playing 3 in midfield, each time they turn towards the opposition goal, they find a 2-vs-1 out wide.

After a quick turnaround, Robertson and Mané face Chelsea's wing back in a 2-on-1 situation, pulling playmaker Kanté out to provide support. This eventually contributes to Liverpool’s first goal.

Liverpool are now in full control of the match, with long periods of play in their opponent’s half. In addition, they press extremely high, meaning that Chelsea have great difficulty in progressing forward with the ball when mounting a counter or after a reset. This forward pressure allows Mané to take full advantage of Kepa’s weak pass to score the second goal.

After going two down, Chelsea try to regroup and change to a 4-4-1 formation, pulling Kanté and Mount back and avoiding the continuous 2-on-1 situation they were facing on the flanks. Chelsea begin to look more comfortable and start to overcome the pressure being put on them by Liverpool.

Even with the one player down, Chelsea begin to play the ball much better from behind. On several occasions, they manage to clear their lines and move into the opposition half, giving them a few great opportunities to get back into the match. Opportunities such as Jorginho’s penalty miss and Abraham’s one-to-one with Alisson. Conversion on any of these occasions could have got Chelsea right back into the match…but it wasn’t to be.

Liverpool defends in the centre zone, leaving little space on the inside and the defensive line pushing high. In the meantime, Werner manages to break free, unmarked to rupture the defence.

Despite the chances to get back into the match, Chelsea are defeated and even give Liverpool a few opportunities to top off their victory in the last few minutes.

• Chelsea risked too much in playing the short game in defence, eventually costing them a goal. However, they had enough personality to keep driving despite the errors. That being said, the risk / reward ratio for the short game was just too high.

• The use of VAR in Christensen’s expulsion was decisive as it informed the approach of both teams in the second half.

• Liverpool started strong in the second half against a 10-man Chelsea who continue to try to play the short game and build from the back despite being a man down.

• Chelsea missed some clear-cut opportunities in the first half and after regrouping in the second. Converting any of these opportunities may have changed the course of the game.

This analysis was complete using Nacsport in association with InStat and KlipDraw. Click on the link below for a completely FREE, no obligation, 30-day trial of any Nacsport product.