María Pry is a former player and professional football coach with more than 12 years of experience on the bench. In 2018, she won the Spanish Football Federation Award for Best Coach in the Iberdrola League.

She currently coaches at Levante UD, a team which she recently took to 2nd place in the 2021 Spanish Super Cup.

Throughout her career, María Pry has been a major player in the great evolution of women’s football in Spain and, at the same time, witness to the rise of video analysis as an essential tool in football.

The Evolution of Women's Football in Spain

“I remember my first few seasons as a coach...it was impossible to have specific tools like Nacsport, such was the scarcity of material and human resources that we had”, says María. “This was probably due to the fact that very few of our games were televised.”

Although the situation perhaps hasn’t quite turned full circle, changes are definitely in full swing.

Women’s football in Spain has taken a huge leap over the last 5 years. Agreements have been made to get the matches televised and, subsequently, to the masses. There’s also been much greater investment in the hiring of professional coaching staff.

Before this, the only option for carrying out an analysis of the opposition was live, from the stand, with a pen and paper. It was usually the coaches who were in charge of this. Old school analysis at its finest.

When analysing their own team, they would get creative and organise injured players to carry it out whilst languishing in the stands. This helped as the coaching staff only consisted of two or three people, and they had to be on the bench.

“Many teams didn’t have a dedicated analyst or even a place from which to record the game”, says Pry. “Nowadays, all first division Iberdrola league teams have this covered, using great professionals and, importantly, qualified personnel who are specialists in this field. This means that the competition is now much more even and the teams know each other better, all thanks to this evolution.”

An Important Figure in the Development of Video Analysis

There has, however, been a lot of work behind the scenes in order to get to this point, and María Pry has definitely been one of the more important figures in the growth of video analysis in women’s football in Spain.

Before the arrival of television agreements and the nationwide broadcasting of Iberdrola League matches, there was a network of professionals who worked together to create a platform in which coaches and analysts would record and share matches for analysis.

Of course, being aware of the importance of video analysis in the development of women’s football, María Pry was one of the founders of this platform.

“Having the matches recorded allowed us to provide the highest possible quality of analysis”, she explains. “In addition, being able to rewatch their own performance and that of an opponent provided many opportunities and advantages to players.”

All of this has led to a huge increase in the demand for video analysis. It has also been an important growth factor in the industry since it has resulted in the hiring of many more professional people within technical bodies.

How Does Video Analysis Work?

“Video analysis is a tool which allows me to analyse everything that has happened during training or during a game,” says María. “It allows me to pay much more attention to details that may be overlooked when watching live.” 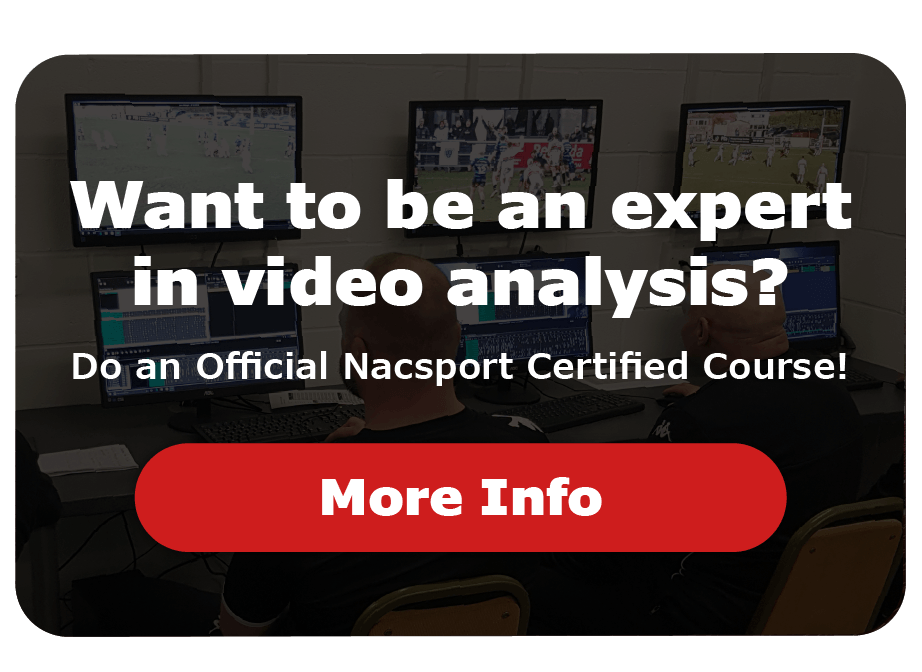 In training, María’s template takes into account the objectives that have been proposed and the work done in training. This means that she can analyse whether or not the players are performing to the expected standard in a training session.

“It allows me to ensure that the training cycle is on the right track and directly relates to the game plan.”

This template allows for the tactical analysis of her own team, as well as the analysis of any opposition team’s tactics.

“My analysis helps me plan and develop a cycle of work, taking into the account the characteristics of my team. It shows the areas where we must continue to strengthen and improve.”

This analysis usually sees the light of day one or two days after a game is played and will be the foundation of training for the coming week. The aim here is to correct individual errors and define the training cycle.

“The only way to improve and grow is to know where we have failed and correct it so it doesn’t happen again.”

When performing an opposition analysis, the information shown to players is carefully studied and filtered. The information is analysed by the coaching staff and presented to the full team the day before the game. One of the aims here is for players to identify and relate the instructions and game plan they have worked on throughout the week to the footage.

María Pry prefers to show the video at the end of the week so as not to condition the players tactically or technically during the week.

“We want the players to make decisions based on the situations we’ve presented to them. We don’t want them to take actions based solely on what they have seen in the video analysis of the opposition.”

To sum up, María Pry considers it impossible to envisage the work of the coaching staff without video analysis since it also serves to help organise and distribute tasks within the staff group themselves.

She also believes that an excess of information can be harmful for the players. And this is another reason why video analysis is so important. It helps a coach filter the useful information and cut through the clutter.

“You have to be clear about what is really useful for both players and coaching staff.”

We’d like to thank María for taking the time out of her busy schedule to talk to us and for giving us such great insights into her working practices.

If you have any questions about any of the content of this article, please don’t hesitate to get in contact with us through any of our social media channels.

If you’d like to try Nacsport for yourself and see the benefits it could bring to your own team, download our FREE 30-day trial now.

How to Create Contextualised Data Visualisation for Football

Case Study: Academic Research with Nacsport at the University of Calgary

Nacsport Basic Plus vs Scout