When freshly graduated analyst James Lewis volunteered for an internship at British rugby club Ospreys, little did he know just how it would accelerate his career and where he would be less than 2 years later.

Now, as he takes over the top job with US side Houston Sabercats we grabbed 5 minutes with James - to discuss what’s been an unbelievable rise to the top.

Tell us a little about how you got started as an analyst and what’s influenced your career so far...

I’ve been working as a performance analyst in rugby for around 5 years. After graduating from Cardiff Met University I started with the Welsh Rugby Union, before spending time with various premiership and college teams.

During my spell at the WRU I gained some great experience and even got the chance to spend a few days working with the U20’s squad and the women’s national team.

I also served as an intern with the Ospreys for 2 years, which provided me with my first real exposure to a professional environment - learning from some of the best analysts in the game.

Following my internship, I was lucky enough to get a full-time contract as part of the senior squad’s analytical department, where I worked during the week on first-team training and opposition analysis, and on match days coding individual analysis. 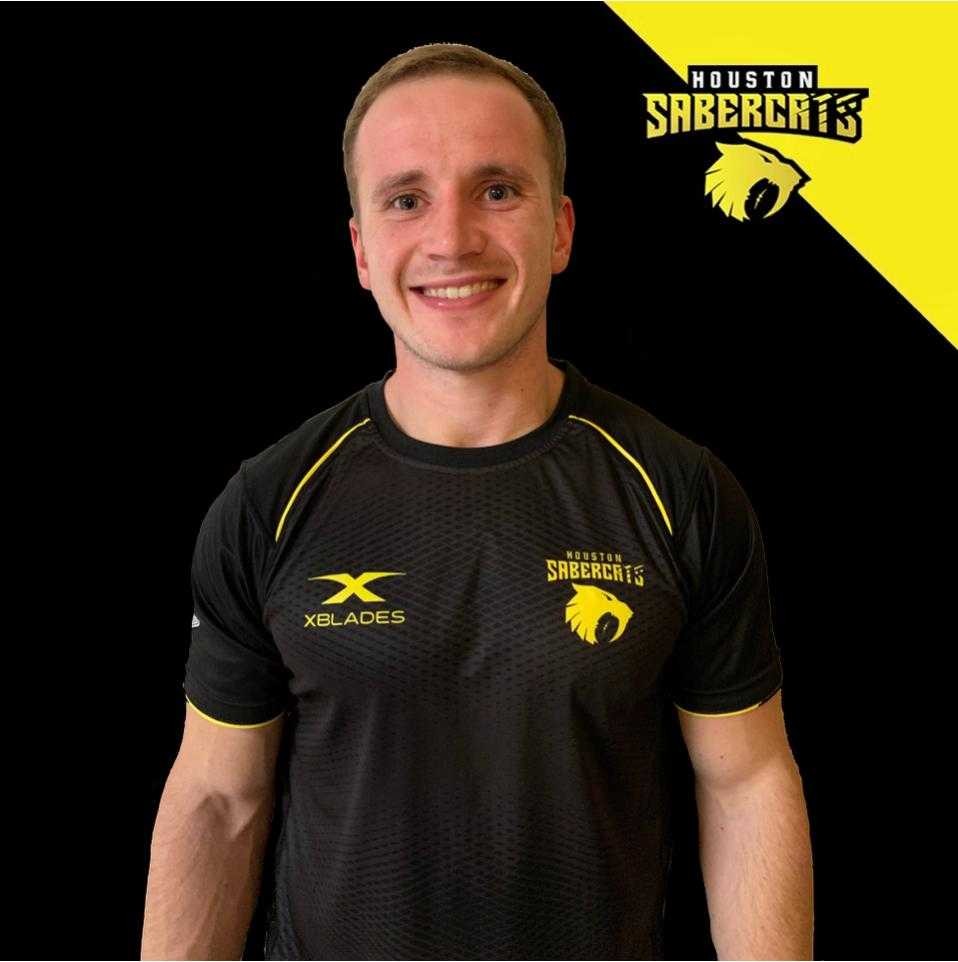 What made you head to the US?

I think I probably speak for the majority of analysts when I say that once you’ve had that kind of experience - working so closely with a top team - then your ultimate goal has to be becoming a head analyst.

Anyway, that’s what I aspired to and once I knew I was moving to Houston I reached out to the Sabrecats. I wanted the opportunity to prove myself with a professional team here in the MLR.

After several months of talking with them, I was very lucky to be taken on as their Head of Performance Analysis.

And now I’ve achieved a goal I thought would be impossible for many years - and I intend to hit the ground running!

How do you see the future of rugby in the US and the MLR project?

Obviously, the professional game in the UK is way ahead of the United States - and that also goes for analytical observation. But in the two short years the MLR has been up and running it’s clear to see it’s going to take off. So I believe the sky is literally the limit for rugby in America.

The MLR definitely has the potential to overtake the Pro 14 in significance and stature. The league is expanding rapidly and many of the teams are adding some major signings in only their 3rd season as professionals.

And your own personal development - as an analyst?

This is one of the main reasons I’m so excited to have been given this opportunity - to work with the Houston Sabercats.

Coming here from an already well-established analytical department at Ospreys - and switching the software I use, from SportsCode to Nacsport - was admittedly something of a shock. But it’s also a challenge I’m very excited to get stuck in to.

During the off-season, I spent a lot of time thinking about how we will work and what I want to get from our collective team analysis at the Sabrecats.

Having been a SportsCode user for many years I knew the system’s ins and outs. I was prepared, indeed, I expected, to stick with SportsCode for my first season at least.

What made you decide on Nacsport?

After many weeks working my way through the software and a lot of calls and video chats to Arka - who has been excellent and always on hand to answer my questions - we made the decision to go with Nacsport.

One thing that really swung it for us was the price. Paying once, for a lifetime license frees up cash for the future, that we’ll be able to invest in other areas - to further our department. And for roughly the same price as one SportsCode license and a laptop, we’ve been able to purchase 6 Nacsport licenses and 6 brand new laptops to use them on.

That alone has allowed us to open an ‘analysis room’ at the club where players can relax and view our presentations in comfort, rather than watching on their phones or tablets. It also makes it easier when we go on the road, where we can begin our debrief work while traveling, rather than waiting until we get home.

All that’s happened before the start of my first season and I can only see the club grow from here. Personally speaking, I hope the move justifies buying more licenses and increasing the role performance analysis plays at the Sabrecats. 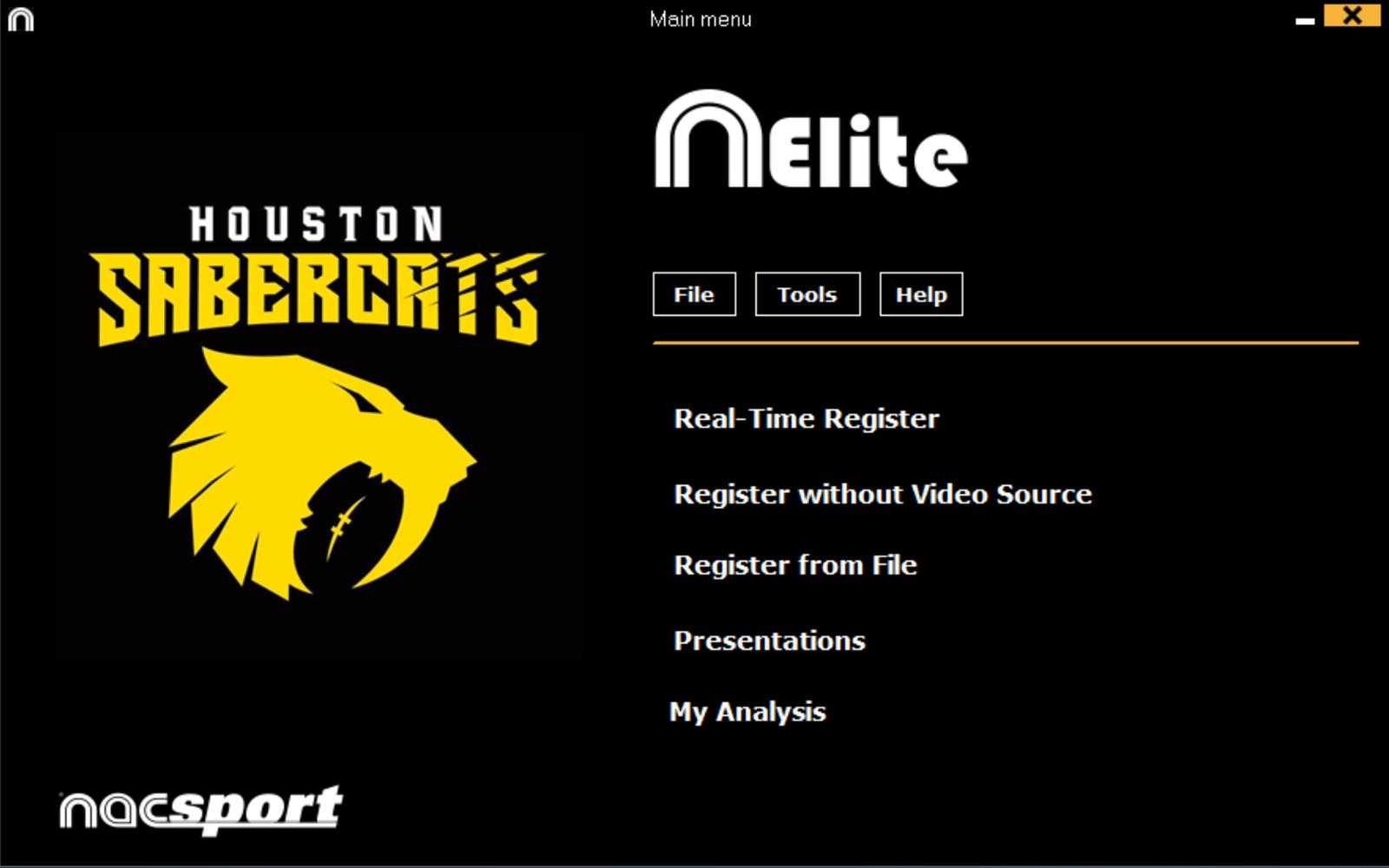 Will the change help your work?

I definitely think so. Nacsport has so much to offer a group like the one I’m heading up right now at the Sabrecats. One thing I’m really excited about is streaming footage from my position above the pitch, directly to the bench using CoachStation - meaning players and coaches have pitchside access to my analysis and observations in real-time

For me, having live stats and match trends available during a game, as well as an intuitive dashboard to record my analysis with, has already impressed a lot.

Off the pitch, KlipDraw has enabled my team to add an extra layer of understanding to our work with the players. And sometimes that extra 1% can make all the difference between winning and losing.

We are using Sharimg to share all our XML`s and reports with the players. We can make a single presentation of different clips, send it to the cloud and assign players to watch those individually - for an extensive post-game structure unparalleled by any other team in the MLR.

Personally, I am very excited about the upcoming season and about using Nacsport as our performance analysis software. Hopefully, it will provide the entire squad, players, coaches, backroom team and us analysts the edge we need to have a really strong season at the Houston Sabrecats.