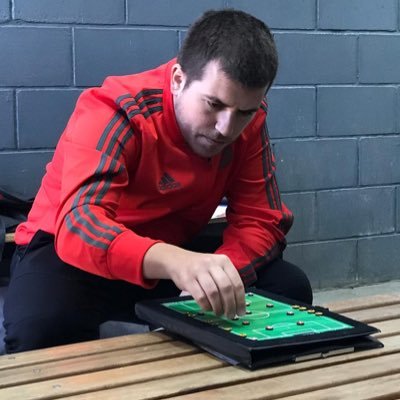 Last season, the outlook for Brazilian team Fortaleza was pretty grim. Accumulating a grand total of 4 wins, 5 draws and 11 defeats in the last 20 match days, they avoided relegation from Brazil’s Seríe A by the skin of their teeth on the last day of the season.

It was under these conditions that new manager Juan Pablo Vojvoda assumed the reins for the 2021-22. And it has to be said that, by immediately changing the footballing culture at the club, he has turned the fortunes of this great Brazilian club.

On his debut, the team defeated Crato 6-1 in the Campeonato Cearense and, from there, Vojvoda took his team on a 12 game undefeated streak that included 8 wins and 4 draws, with an amazing 33 goals and 5 conceded. This streak, which included a 2-1 victory against Atlético Mineiro and 5-1 win against Internacional de Porto Alegre, was only ended when they lost 2-1 to Flamengo in the league.

These results have been achieved through offensive football which is both attractive and adaptive, starting in a 3-5-2 formation and mutating into a 3-4-1-2, 4-3-3 or 4-4-2 depending on the opponent faced.

High pressure is one of the overriding characteristics of the team, positioning themselves high in their opponents half, looking to recover the ball deep and as close to the goal mouth as possible in order to take advantage of the opponent being open.

Pressure is applied depending on the situation. For example, against Atlético Mineiro, it was Ederson (central midfielder) who joined the two forwards on the edge of the box, but against Inter it was attacking midfielder Vargas who entered the fray to generate a 3v3.

The high position is non-negotiable and it’s common to find Fortaleza almost entirely overturned in the opposition’s half with 7 players pressing.

This position creates 1v1 situations in the entire field but they always maintain a +1 advantage in defense, retreating to where the opponent is moving the ball.

If it’s possible to direct their opponent to the outside, the wingers push forward but if the opponent prioritises passing in the central lanes, the midfielders who try to take control, taking advantage of bad passes, bad control or a lack of passing options.

Vojvoda’s men take advantage of an opponent’s errors to set up fast and direct counterattacks. The two forwards are key in directing pressure to favourable areas, forcing long clearances which the midfielders can win and play forward to the attackers who are positioned between enemy lines.

If the high or medium-high pressure is exceeded, the defensive repositioning is immediate but always with an eye on regaining possession as high as possible in order to not build a wall near their box. The idea is always the same, try to force the opponent wide, generate vertical pressure and keep parity in the defensive battles.

Regardless of the chosen tactical system, the initial idea is to maintain the defensive line in the centre circle while understanding and identifying the moments in which pressure must be released and a retreat made to their own half.

The build up from the back is an essential resource used by Foraleza to start generating superiority from their own goal line. Goalkeeper Alves is essential in leading this, inviting pressure from opponents and creating a round with the three defenders, two midfielders and, if needed, one of the wingers.

One of the key people in this phase is Tinga, who starts off positioned as a centre back in the defensive line but has absolute freedom to move up the wing, moving to the inside to be a free man and, until entering the opposition’s half, provide an option for restarting the build up.

If he doesn’t find passing options to advance the ball and has room to maneuver, Tinga takes the initiative to drive forward, occupying the lane vacated by Pikachu, providing extra coverage and creating dangerous situations.

When the external option is unfeasible, Tinga searches for free space into which he can position himself and move forward, away from his natural position but providing an axis round which passes and superiority can be generated.

Tinga is also key when the build up cannot progress and they need to reset. Not only does he remain open for the pass back but also shows himself on the inside, free from his starting position.

When preparing to attack, the two forwards have a double role, to fix the opponent’s defense and to attract them to favourable areas in order to open up space which can be exploited by the midfielders who are pushing forward.

As seen in this play from the Atlético Mineiro match, both Wellington Paulista and Robson start by setting the line of 4 opposition players, with the midfielders generating play from the inside, giving passing options to teammates.

Also against Mineiro, there’s a few examples of their second role outside of centre forward...that of appearing behind the midfield in order to drag them out and create attacking spaces for their teammates.

In the first, Wellington pulled the defense his way with Robson giving him an opening on the opposite wing and Vargas coming from behind to attack the space.

In the second, it’s Pikachu who attacks from the right and ends up scoring to level at 1-1.

Opening and attacking space is one of the characteristics of Vojvoda’s team. Against Inter, it was Vargas who, starting as an attacking midfielder, made life difficult for the defenders.

Against Flamengo, in the goal that David scored, it was Ederson who broke the lines, linking up with Romarinho and Pikachu in order to filter the ball over to David waiting in space who finished it with aplomb.

Another weapon in Fortaleza’s arsenal is the long throw-in ability of Tinga who has powerful arms and a good reading of space to get it to his teammates in space.

In the game against Mineiro, the team used Robson and Wellington to pivot, fix the defence and open the game on the left, looking to finish on the inside.

For Pikachu’s goal against Inter, it was the winger who jumped into the space created by his teammates and took the score to 3-0.

Since the arrival of Vojvoda, Fortaleza have become the 4th highest scoring team in Seríe A and have conceded the least. They have the 3rd highest number of expected goals (xG), they are 5th in goals per match and 8th when we count the number of shots against.

These numbers reflect the radical change in direction Vojvoda has brought to the club, exciting everyone in the process.